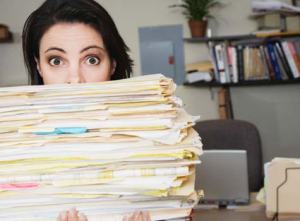 So yesterday was my first day as a reporting intern for an online, non-profit news organization covering health news and policy at the state legislature. And let me tell you, it was crazy!

Crazy in a good way – I think.

Of course, my boss had me do little things, like entering business cards into the online database and finding the main recorder. But soon, she had me running. Like literally.

Now imagine a baby elephant learning to take its first steps and failing miserably. That was me.

This is my life right now.

Now, running around a square building seems simple, right? Wrong. Oh so wrong. The building is divided into “courtyards” from 1000 – 1400. It might sound easy, but it’s a maze. A maze that includes cool features, like an indoor pond and fancy seating areas, all accompanied by “gold” fixtures. It’s like the state hired King Midas to decorate.

This is basically what I’m working with. A golden maze.
Being that it was my first day, I didn’t think I would have a story to write. Wrong! My boss thought of an idea and basically went: “Hey! See that person? Go talk to them! And then go find the legislators working on the bill. Okay bye!” She proceeded to push me into one of the courtyards and then ran off.
To say I was shocked would be an understatement. I quickly (or so I hoped) gathered myself and got the first interview done. But now it was time to find the legislators. As we waited for session to end, we strategized. We found the seating chart and figured that the people I needed would leave through the doors closest to them.
We positioned ourselves but as I was waiting, I found one representative on the phone. My boss told me to hover, but not too close, and to make eye contact, but not in a creepy way. Right. I smiled and stood near her, but she quickly ran away. Darn it.

There is honestly no way to stare without making it awkward.
Eventually, the doors opened and my boss yelled “RUN!” Now being new, I didn’t actually think we had to run, but two seconds later by boss was running into the chamber finding the politicians I needed. I ran in after her – it was like watching Black Friday shoppers all over again.

All the reporters when session ends: RUN!
Sadly, the people I was looking for were gone. I decided to wait in their offices. They couldn’t avoid me if I was there right?
Fortunately, I got the story done. I’ll post a link when it is published. Yesterday was Day 1 of the rest of my summer. And if yesterday is representative of a typical day here, I think I’m going to have a lot of fun!
Now, I need to go make some phone calls and not freeze to death in the newsroom. Until next time!
~Jasmin