Story Time is a series documenting the funny/crazy things happen to me. All stories are real. Please enjoy the awkwardness that is my day-to-day life. This is the first post in this series.

Now if you know me, you know that I tend to put myself into awkward situations. A lot. Sometimes I don’t even try to, it just happens. This is one of those times.

As an Indian, a lot of people tend to ask me where my family is from or where I get my accent. I have no problem answering these questions — they are valid questions.

My family is from India, mainly from the agricultural state of Punjab (northern part of India). We are the people who wear turbans and have awesome dance moves. You know, the pat the dog, screw the light bulb? As much as I hate that analogy…that’s us.

Bhangra is a traditional dance from Punjab. It
is also very intense, but very fun. Try it!
But when people ask me “where are you from originally?” I get kind of annoyed.
Last semester, I was looking for how to work the audio booth in one of my school buildings and these two girls offered to help. After they explained everything to me, one girl asked me the question I hate hearing:
“Where are you from originally?”
I smiled and quickly responded “Oh! From North Carolina.”
She was still staring at me with a confused look. Kind of like this:

Just pretend this is a girl and not a creepy man.
She then said, “No, I mean originally?”
I got a bit confused and replied “Well… I was born in New York….”
She was looking at me like I was an idiot. She obviously did not like my answer. “No! I mean ORIGINALLY!”
She said really slowly and enunciated every syllable.
I sighed.

This is my face right now.
I replied: “My family is from India.”
She finally smiled and was like “That’s SO COOL!” And then she left the room, leaving me standing awkwardly in front of the other girl.

If only life were this simple.
The same thing happened to me two days later when a guy asked the same question. He also did not like my answers of “North Carolina” and “New York,” which by the way, are two very lovely places.
Now what bothers me is that people don’t accept the fact that I, a person of color, specifically Indian (brown skin), can be born in America. Meaning, I’m ORIGINALLY from America. 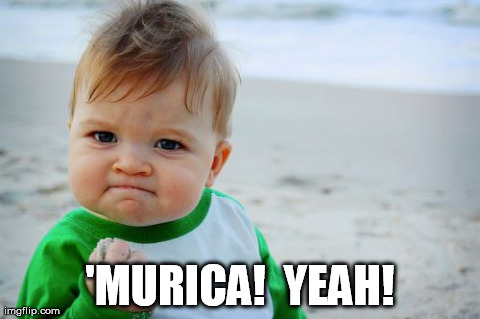 I couldn’t resist this cute baby.
I’m a U.S. citizen. Always have been and probably always will be. I’ve only visited India twice my entire life, both a good while ago. Yes, my parents make sure we still participate in our culture and I am so glad that they do.

But really, I do dream of being a Bollywood star.
But I’m still an American (legally speaking). You don’t see people asking a caucasian where they are from. Or even African Americans. So why am I any different?
After I told my friend about the girl, she told me I should of asked her the same thing (since she was African American). I wish I had a time machine so I could go back in time and do just that, but that would probably make the whole situation even more awkward.

What is my life?
So that went from funny to serious… But honestly, it’s something that needs to be addressed. There are certain things that shouldn’t be asked, but also certain things that should be accepted as acceptable answers.
If anyone asks me this question next time, I’m saying Canada. That should keep them quiet!
I hope you enjoyed that relatively funny (or maybe not) story. Have you ever been in a similar situation? What do you think about the concept of being from somewhere “originally?” Leave your answers in the comments!

Until next time!
~Jasmin

2 thoughts on “Story Time: Where are you from originally?”