Fried okra (phindia in Punjabi) is one of my most favorite dishes. So obviously, I watched my mom cook it one day. It’s a simple recipe that anyone can enjoy – let’s dig in!

First step is to wash your okra and cut them into bite size pieces. 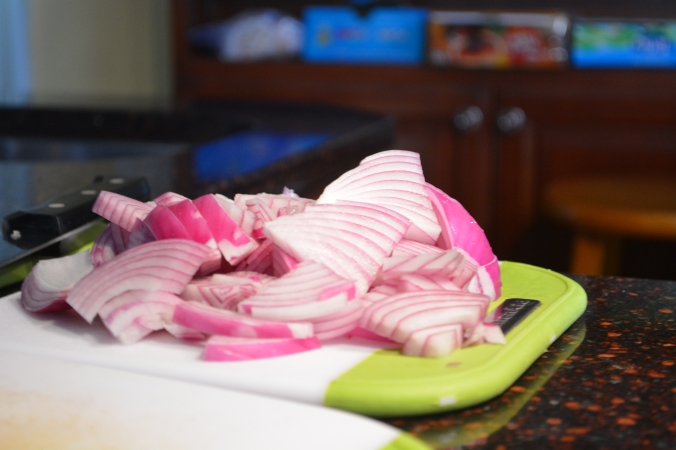 No Indian dish is complete without spices.

Add a small amount of mustard oil (or any oil of your preference) into a skillet. Add around a half of teaspoon of cumin seeds to the hot skillet and allow them to cook until a golden brown (around a few minutes).

Add the onions and stir the mix so they don’t burn.

Then, add half a teaspoon of turmeric powder (haldi). This is what gives the dish that pretty yellow color. 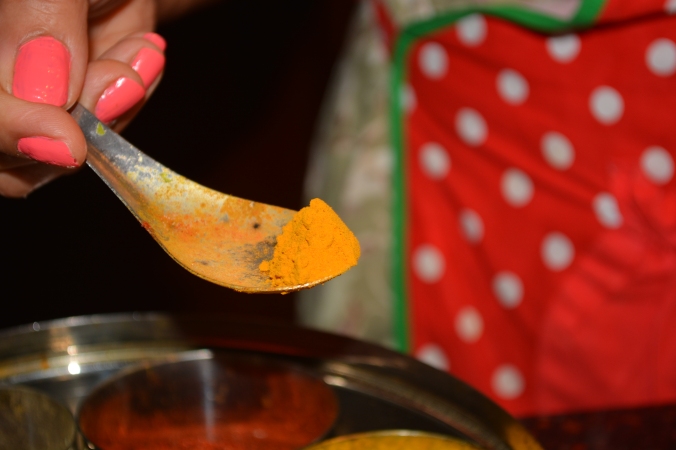 After stirring the mix for around 5 minutes, you can then add the okra.

After stirring, add some salt. This varies person to person. If you like salt, add a lot. If you don’t, keep it to a minimum. 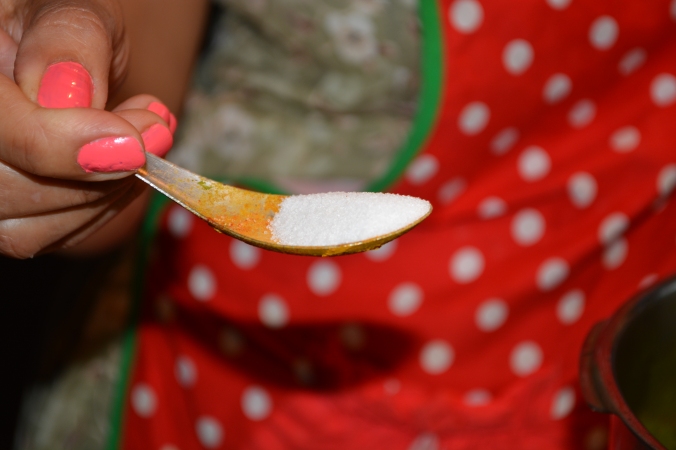 Keep the mix on low heat for around 30 to 45 minutes and make sure to repeatedly stir the mix to prevent burning. You’ll know when it is done when the “slime” is gone. This “slime” is actually called mucilage and is found around the seeds of the pod –  it’s made of protein and  various carbohydrates, including fiber.

When the okra is almost done, add half a teaspoon of ground red peppers, black peppers and “garam masala,” which is a mix of various ground spices, including coriander, cumin, cardamon, cloves, black pepper, cinnamon and nutmeg. 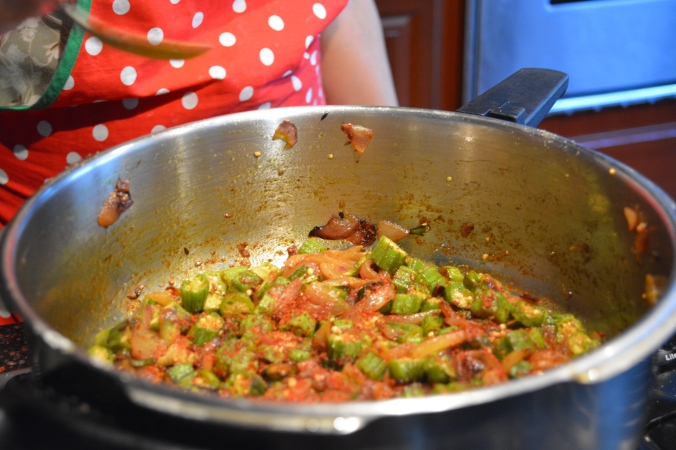 Continue stirring for another few minutes until nothing sticks together and the okra looks crispy yet soft (contradiction, I know, but you get it).

And there you have it! A healthy, spicy and simple dish ready to serve!