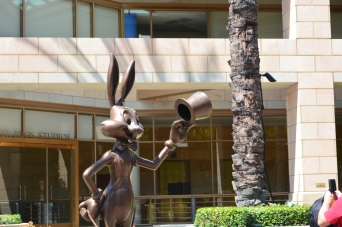 To continue with the “Hollywood” theme, my brother and I decided to visit Warner Brother’s Studio and take a tour. We were with a small group of people and drove around with our tour guide. What made this tour different from Universal’s was the fact that we were able to get off and walk around the sets and interact and talk to our guide. And he catered the tour to our favorite shows (ours being Friends, of course)!

We learned that the reason why Daffy Duck hated Bugs Bunny so much was because he was supposed to be the star of the show. But when Bugs came around, people like his character more, leaving us with a very jealous and cranky Daffy.

The seated part of the tour took us around the permanent sets that are decorated and changed for each show, depending on what they need. A simple change in drapes and stickers could turn the Rosewood Florist shop (Pretty Little Liars) into any other store front. 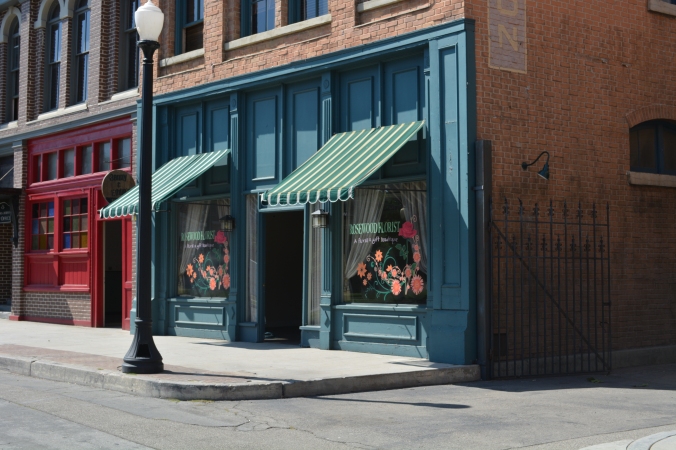 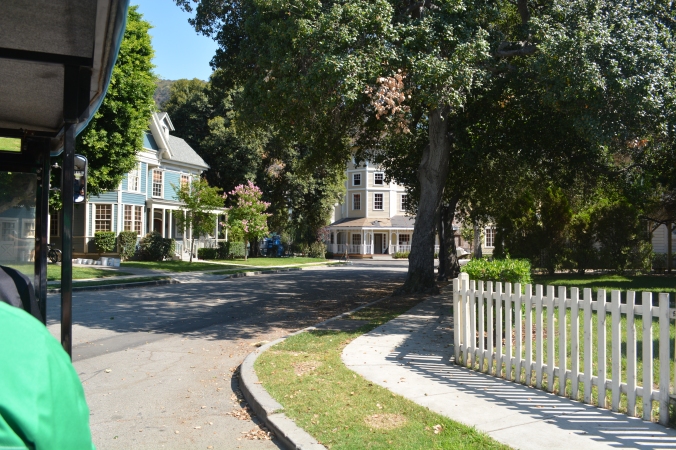 When our tour guide asked my brother and I what our favorite show was, we automatically said Friends. Well, the photo below is the Geller house. We saw this in the flashback episode when Ross was going to take Rachel to the prom (and ended up not being able to). Poor Ross!

We actually got to go inside the building below. Here, our guide explained to us why we usually never see the ceiling of a room — because there isn’t any! The ceilings are vaulted and open so they can add additional lighting. The floors are also just laminated sheets that can be removed at any time, depending on what you want (tile, hardwood, you name it). 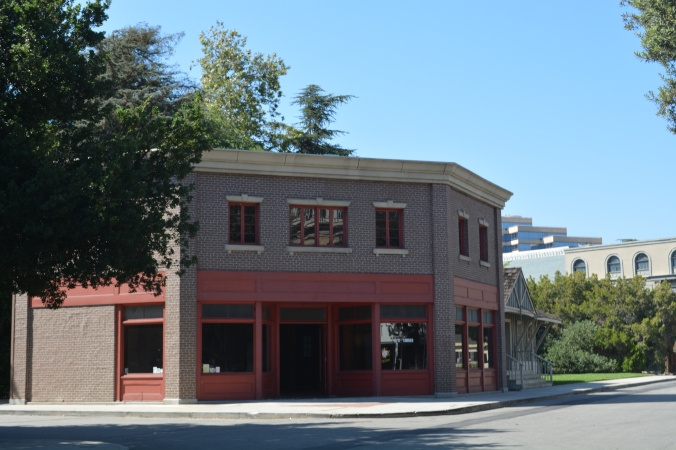 We continued the tour, getting a quick history for each set we passed. 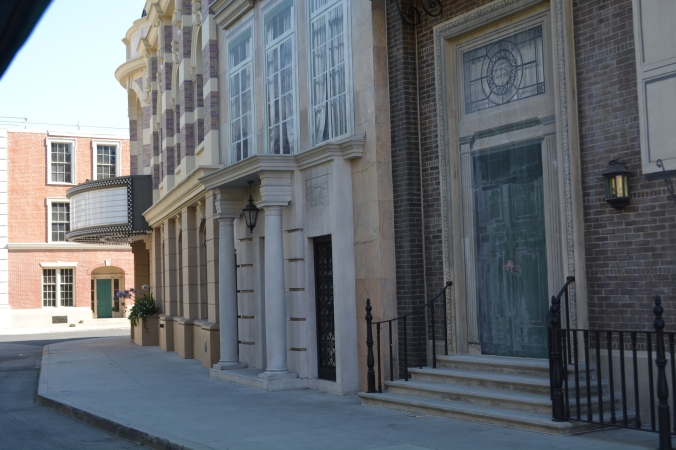 We then got to go into the building that held all of the props for entire studio and any show/movie that films on it. Need a chandelier? They have one. The one that is lit up is apparently the most expensive chandelier in the world and requires a hefty service and handling/shipping fee. 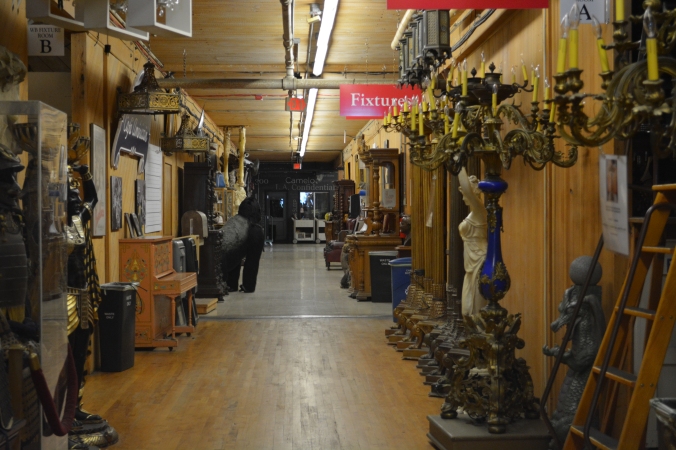 They also had a hallway of various government seals.

Pirates of the Caribbean body: 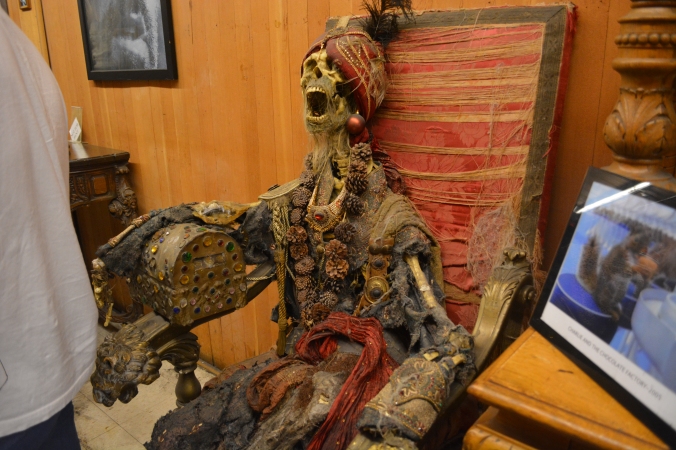 We ended by getting back in the car and driving around the remainder of the set. We passed by The Ellen Show’s office and even found her parking spot! We did not see Ellen though (but we found the store that sold her infamous underwear). 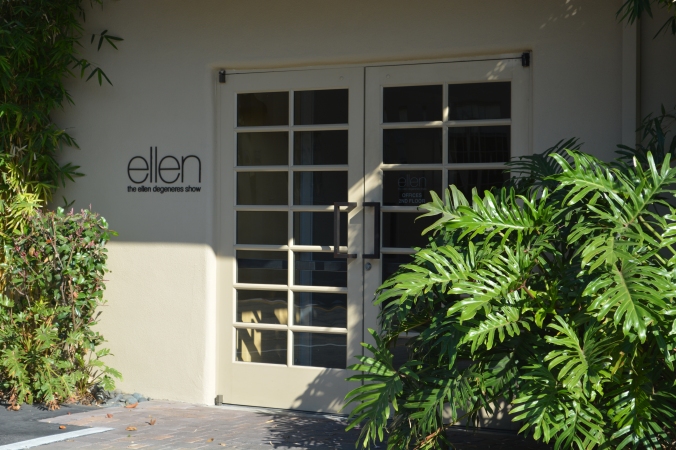 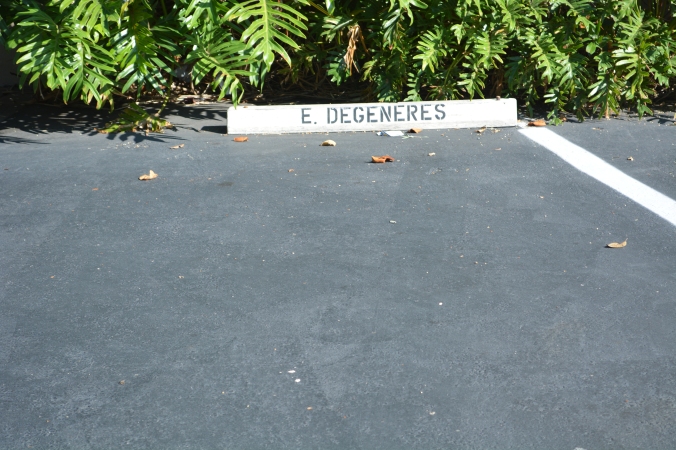 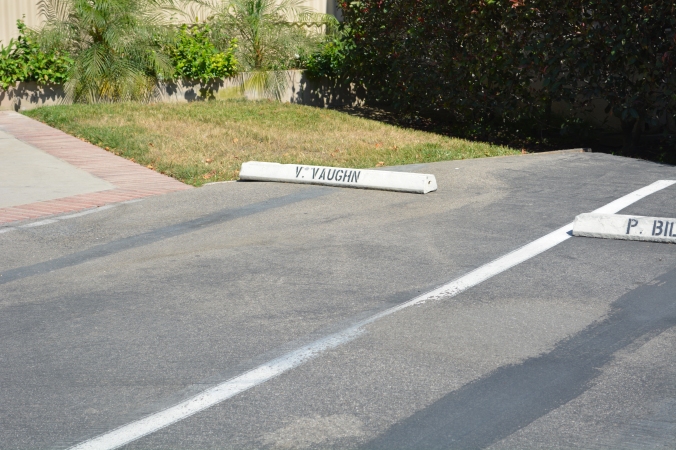 We got to see the set for Pretty Little Liars and the stage for The Big Bang Theory. We weren’t allowed to take photos in there, but it was cool to see how the audience sits right in front of the three main locations for Big Bang (the boys’  house, the girl’s house and the middle elevator/hallway).

And finally, we found the stage where they used to film Friends. Unfortunately, it was under renovations so we couldn’t go in. But it was fun to see where the show (mainly Chandler Bing) came alive!

The tour also had a special Batman section and a Harry Potter hall, which will be featured in the next LA post! I highly recommend picking this tour — if I had to pick between Warner Brother’s and Universal, I would pick this one just because of the interaction and the warm hospitality! Have you visited the studio? What was your favorite part?